A Thursday in July dawned bright and sunny, a rare occurrence here in the rainy season. I flagged down a bus and headed towards Centro Guadalajara. Just past Parque De Revolucion, I arrived at the Museo De Las Artes.

The gallery was rather small as the exhibits were limited to only part of the main floor. However, to my surprise there was no admission charge.

I admired the murals of Orozco on a previous visit to Hospicio Cabanas and I went to the Orozco display first. The mural on the domed ceiling was amazing but very difficult to photograph due to the sunlight streaming in through the window.

There was also another magnificent mural displayed on a wall.

I then ventured into the Permanancia Y Lo Transitorio area. The art on these walls ranged from modern to bizarre to absolutely ugly. In all honesty, I did not find any of them to be impressive. Here are just a few………….

What is your opinion?

Outside once again, I passed through the Rambla Cataluna. This walkway was marked by several tiny fountains.

Alongside of this walkway, a brightly painted mural was a prominent feature on a building.

I continued my walk and soon arrived at the Templo Expiatorio. Work on this amazing Gothic church began in 1897 but was not completed until 1972.

Most impressive are the magnificent pillars, beautiful stained glass windows and ornate statues found inside.

A plaza next to the church had a fountain and  was a lovely respite from the noisy traffic on the other streets bordering the Expiatorio.

There was also a scattering of vendors selling handcrafted items as well as religious articles.

The low battery warning on my iPhone was now flashing red at me from all the pictures I had taken,  signalling that my exploration was done for the day. Reluctantly I flagged down a Tur bus and headed for home.

I admit it. I’m a date-a-holic. Is that even a word? Well, if it isn’t, then I just created it. The definition is that I have certain dates ingrained permanently on my brain.

People remark that it’s a blessing to remember dates. Birthdays and other important occasions are never forgotten. Many of my friends tell me that if it wasn’t for Google calendar or Facebook, they would never keep track of these dates.

As for me, I often feel that some dates are best forgotten, and being a date-a-holic is a curse at times. But life goes on and these dates often have new meaning which is always welcome in my life.

November 24th was my parents’ anniversary. We all celebrated their 30th together in 1976. Less than three months later, my father passed away on February 9th. To my delight, my son Kyle was born on that date in 1980.

June 17th was given new meaning when I had my second successful knee replacement in 2013. And June 18th, 2014 marked the two year anniversary of my first knee replacement surgery. These days are now definitely a reason to celebrate. Chronic debilitating pain has been replaced by the ability to walk comfortably for miles.

June 17th this year also announced the arrival of my new grandkitty in Ontario. When I phoned my daughter Kimmy she was driving home with her new kitten Jimmy. Here is a pic she posted later that evening. Sooooooo adorable!

March 25th this year had new meaning as my daughter shared the wonderful news that she and her boyfriend had gotten engaged while on vacation in The Dominican Republic. Although they haven’t set a wedding date yet, I am excitedly looking forward to this happy occasion.

Mother’s Day will always be bittersweet as my mother passed away June 19th, 1996 and I live thousands of miles away from my own children. But I enjoyed a wonderful Mother’s Day this year in Tototlan with my friend Omar. Last year I was in Winnipeg with my son Kyle. And three years ago I was with my Mexican family in Culiacan. Celebrating Mother’s Day is always a day I look forward to, as I have no idea where I will be when the next one comes around. But I think of the Mother’s Day that I long to once again spend together with both of my children, but right now that is only a dream. We live in different countries and my children live in different provinces in Canada.

Growing up, Father’s Day was always a happy day spent with my family. After my father passed away it became a difficult rather than an enjoyable day. It became even more stressful as I had in-laws to contend with as well. I don’t miss the arguments about where to go for dinner with people I did not want to be with. Yes, I can honestly say that I have enjoyed Father’s Day again since I have been on my own and no longer in a marriage. It has become a peaceful, relaxing day where I no longer have to be with people out of obligation. Instead I have the time to reflect and to treasure the happy memories that are important to me.

On August 7th, 1992  I held Kelsey lovingly in my arms when the vet gave him the injection that ended his life. And then on December 7th, 2008 I did it all over again with Koal. My dogs were more than pets. They were more like children to me. And those were two of the worst days of my life. Kelsey’s birthday was June 25th and Koal’s was February 25th, and I miss them terribly, especially on those days.

Of course my daughter Kimmy’s birthday stands out in my mind. She missed my favorite auntie’s birthday by a mere 8 minutes and was born on March 29th, 1984. Here is a photo I found of the last time we were together on her birthday when we both lived in Winnipeg,

Two other birthdays always and forever in my head are my mother’s on April 5th and my father’s on November 17th.

June 30th was a special day when my kids were young. We’d go to their schools to pick up their report cards and then we’d go out to celebrate the end of the school year. They enjoyed going to Chuck E Cheese and that became a tradition for a few years. We’d leave the restaurant amid storm clouds and the rain would begin to pound down on the car just blocks away from our house.

October 31st, Halloween, was always  a special time when my kids were young. We would decorate the house, bake spooky cookies and decorate a gruesome cake. And of course there was always a lot of excitement with costumes and going door to door collecting treats. Now that I am in Mexico with no kids, I now look forward to Day of the Dead celebrations on November 1st and 2nd. This is a time when Mexicans honor their ancestors with altars and family gatherings in cemeteries.

Valentine’s Day was always a favorite. I always loved this day as a child and it was made even more special when I had children of my own. We spent many happy hours together in the kitchen decorating cookies and a heart-shaped cake. This year in Mexico my housemate Omar surprised me with flowers, a balloon and chocolate. Later on I went out for a lovely dinner with my language partner Isaias.

Instead of finding myself in a kitchen preparing family dinners, I now celebrate Christmas, Easter and Thanksgiving in different ways depending on where I am and who I am with. Since I left Winnipeg in 2010 I have been in Culiacan, El Fuerte, Mazatlan, Puerto Vallarta, Mexico City and Guadalajara for these holidays and have enjoyed all of them immensely.

This week Canada Day on July 1st was a normal day around here. While I missed the fireworks displays at Assiniboine Park and The Forks in Winnipeg,  I did not miss the mosquitos!

When I lived in Winnipeg, we would often head to Grand Forks or Fargo on July 4th. And three years ago I spent the day in Minneapolis with friends and saw an amazing parade in the morning and an awesome fireworks display at night. This year I attended a July 4th picnic that was most enjoyable, but I do miss the spectacular fireworks I used to see in the USA.

Birthdays here in Mexico are celebrated for more than one day. Parties in the workplace are common. My birthday this year included a dinner with housemates the night before, an afternoon at Mirador and lunch with a friend as well as an evening out with another friend on the actual day, and dinner out with a friend the following day. And at school my students showered me with chocolates and other gifts.

There are also several new dates that are important here in Mexico. September 16th is a Independence Day, and there are lots of fireworks lighting up the sky on that night. 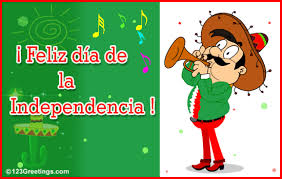 The month of May is filled with even more days and cause for celebrations. May 1st is Labor Day and May 5th is Cinco De Mayo. Mother’s Day is always celebrated on May 10th, no matter what day of the week it falls on. Teacher’s Day is May 15th and Student’s Day is May 23rd.

On July 12th Dia Del Abogado is celebrated. That’s right— a day to honor lawyers! There is also a special day to honor pharmacists as well. However that date escapes me at the moment, and I will have to watch for it on Facebook!

I wonder how many more meaningful dates are coming my way in the future. A year does have 365 days, doesn’t it?

The first time I saw this amazing performance, I was in Teotihuacan, an area near Mexico City best known for the pyramids The Sun and The Moon. We were still in the parking lot and had not even ventured inside the pyramid area when my friends pointed at a tall pole. I looked up and saw five men way up at the top. One man was playing a flute and dancing while the other four were seated around him, meters above the ground.

Suddenly four of them plunged downwards, their feet bound by ropes. Hanging upside-down, they twirled around the pole, going lower and lower as they spun through the air. In less than two minutes they were on the ground, to the delight of the hundreds of spectators in the parking lot.

This ritual has its origins in a religious ceremony, apparently associated with fertility of the earth, with the four men representing the four compass points. When I first saw this spectacle more than a year ago, I never expected to see it again, especially in my own neighborhood.

However, just recently  my friend and I were strolling through the Jardin Hidalgo one night,  when we noticed a tall pole that we had not seen previously on other walks through the garden. We looked up when we heard the flute music. There were the five men on the top of the pole, four of them perched precariously preparing to jump downwards. The entire performance took less than two minutes.

A few days later I was walking through the garden and was able to take a video of this amazing show. The flyers have been performing several times a day for more than two weeks now. No matter how many times I view this, it is always a thrill to see them hanging upside-down by their feet, spiraling downward towards the ground.

And the fee for this spectacular performance? One of the men walks around the park collecting pesos from spectators. It is strictly a free-will offering.

This fascinating performance by the Valvadores de Papantla is guaranteed to be an incredibly memorable experience for people of all ages.