It’s taken months, but I finally have my residente temporal status. I can legally work in Mexico. I can open a bank account. I can obtain health insurance. I can get a card offering discounts to seniors. I can stay here in Mexico without having to leave the country every six months.

But what an ordeal! When the new government changed all the laws in November 2012, the process became more complicated instead of simplified as promised. Piles of notarized documents were only the beginning. Thank God for FedEx!!!!!

Next came the many visits to Immigration by the director of the school where I teach. Then came the wait for the approval from Immigration in Mexico City. And weeks later the notice came that I had fifteen days to report to a Mexican consulate outside of the country.

I chose to go to McAllen, Texas as I had been there before when my tourist visa had run out back in April. I boarded an overnight bus bound for Monterrey, Nuevo Leon. ETN luxury buses are quite comfortable. I watched a movie, listened to some music and slept most of the way. In Monterrey I then took another bus to McAllen via Reynosa, Tamaulipas. After a long wait on the bridge at the border, I breezed through U.S.A. Immigration and was soon in McAllen and on my way to the Mexican Consulate.

Upon my arrival at the consulate, there were more documents and more photos required. And I was told to return the following day for an interview.

By then it was mid-afternoon and the Texas heat and humidity was taking its toll on me. I checked into a hotel, jumped in the shower and collapsed on the bed in my air-conditioned room.

A few hours later, I set out to explore and ate dinner at a restaurant nearby.  I then went for a long walk before returning to my hotel room to watch a movie.

The following morning I had breakfast at the hotel and returned to the consulate. After another photo session and fingerprinting, it was time for the never ending interview. The only comment I have for that is that when it was finally over, the officer said to me “This has been a successful interview. Congratulations!”

As the official document that was required to be stamped into my passport would not be ready until later in the afternoon, I headed for the mall. The locals all told me how “huge” this mall was and I was quite disappointed when I got there. La Plaza Mall is a typical small American mall and I much prefer the malls we have here in Guadalajara. But I did have a few hours to kill, so I wandered in and out of stores and made use of the food court at lunchtime.

I returned to the consulate to pick up my passport after lunch. I then headed back to the bus station to return to Mexico. At the border I was given a 30 day tourist visa upon presentation of the visa imprinted in my passport.

Back in Guadalajara, I went to Immigration to apply for the necessary work visa. I was inundated with more documents to fill out. One of these was to be completed on the computer  in the Immigration office,and it was out of commission that day.

Totally overwhelmed by all these new forms, I took the list of requirements and haled the first bus back to Tlaquepaque. I needed time to process all this unexpected flurry of required information. McAllen had assured me that I would just have to exchange the visa for a card. I was not prepared for the mountains of additional paperwork.

One of the documents was for payment of fees for the visa. I had already paid a fee in Texas, and now there was an additional fee here in Mexico. In Texas it took two minutes by credit card. In Guadalajara it took ninety-two minutes; three lineups, three staff and a multitude of forms. And of course cash only.

Once I had completed all the forms, there were all the required photocopies to contend with. And then more mug shots to be taken.

I arrived back at Immigration and was delighted to discover that the computer was working properly. I finally got to speak to an officer who declared that all my papers were in order. Interestingly enough, most of the photocopies apparently were not even necessary. But I now had the coveted number and password to check the progress of my status on the internet. And I had it within the 30 day time period allowed after visiting a consulate outside of the country. And I do understand why you are given 30 days……you need them!

I checked the status on the internet periodically, but all it told me was that the visa was being processed. And then at 10:58 pm on a Monday night I received an email advising that I had forty-eight hours to go to Immigration to be fingerprinted. And only two more forms as well as mug shots were required!

The next morning I headed for Immigration, as it was my day off. One lineup to check in and a second one to get fingerprinted. And it turns out that the forms were not even needed, just the photos. I was then told to return in five days to pick up my card. 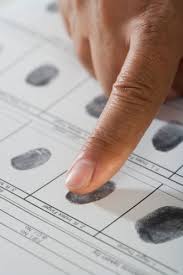 So six days later I arrive at Immigration, eagerly anticipating picking up my card. Instead I am given a slip of paper with a phone number and told to call before I return. And the voice on the other end of the phone line speaks only Spanish, and speaks very quickly. I passed the phone number on to the director of the school where I teach. For two days she called that number. Each time she was greeted by a recording that there was no-one available to take the call. I decided to just go there and hope for the best.

I will not put into writing what transpired at that last visit to Immigration. Suffice it to say that I finally left the building with my green card. The process began in March and was completed in time for Mexican Independence Day in September. 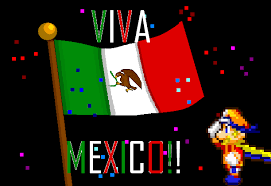