Jalpan is classified as a Pueblo Magico. Thankfully the sun was shining and it was warm on the day I chose to visit. The weather here in San Ciro has been quite a challenge. One day it will be 85 degrees and the next day only 60 degrees. Several cloudy days with sporadic drizzle as well.

Nonetheless Monday dawned sunny and warm and I accepted a ride to Jalpan with Froylan, the man who owns the hotel where I am currently staying. He also owns the junkyard that surrounds the hotel. And my ride that morning was one of the vehicles he buys for parts. Electrical tape secured the sensors beneath the hood and the back seat had been removed to accommodate space for an engine that needed transporting. However the vehicle made it to Jalpan with no problem once the battery had been boosted.

The drive was beautiful and afforded a view of the spectacular mountains. Actually it made me kind of homesick for the mountains in Washington state. It seems that I just can’t get enough of mountains!

My first stop, of course, was the church. This magnificent structure was at least a couple of hundred years old. I asked several people the age but none of them knew for sure. 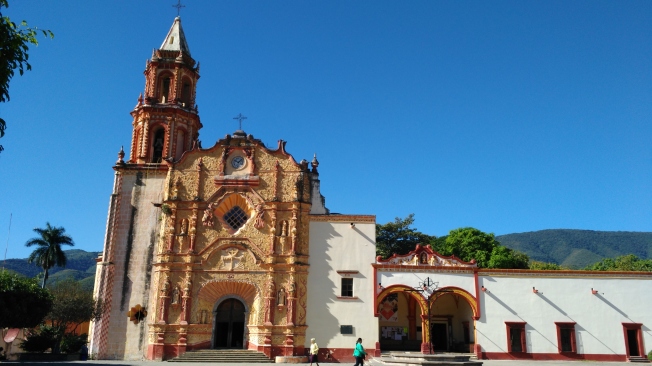 I then headed for the plaza. There was a celebration going on and the stage was alive with music, a play and speeches. I was totally enchanted with some of the statues as well as the Christmas displays already in place. 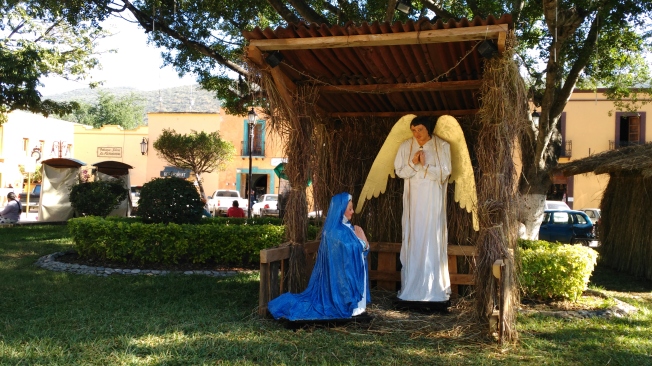 I then wandered the streets. I came across this little footbridge near a hotel. It led to a steep staircase that ended on the highway. I chose to remain on the bridge and admire the view instead. 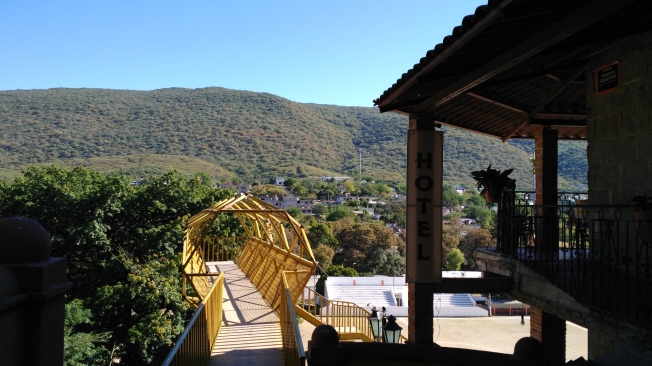 As I continued meandering through the streets, I saw the usual loncherias, taco stands and a variety of shops. I engaged in a variety of conversations with the friendly locals who were all curious about the single gringa wandering around their town.

I boarded a bus for the return trip to San Ciro and enjoyed the amazing scenery along the way.