Housemates. Roommates. We’ve all had them over the years. My nuclear family were my first ones, then my spouse and then my children. But I’ve been submerged in a totally new category now. It’s called living with strangers, many of whom have become great friends.

Known here as shared housing, this is basically how I have been living for close to four years now in Mexico. Basically you have your own bedroom in a house, but you share all the common areas with others. For some reason, these are referred to as “apartments” rather than “rooms”.

My first year in Mexico the school found me a home with a single lady in her 60’s. She was a very traditional Mexican lady, what we would call old-fashioned in Canada. Rosamaria also did not speak a word of English and wasn’t interested in learning either. She detested computers and despised the modem that was installed to enable a WiFi connection for me. She complained religiously to the school that I used the air conditioner in my bedroom excessively. But the most distinctive trait was her paranoia. I had to unlock two gates and two doors to gain access to the main house. The laundry area was on the other side of a covered outdoor terrace…….and three more locked doors to deal with. And she insisted that I keep my bedroom door locked at all times, even if I was only steps away in the kitchen or the living room!

My second year in Mexico began in Irapuato. The house itself was comfortable but the housemates left a lot to be desired. Luis was  a young man from England who constantly had his television loudly blaring soccer games. Elizabeth was from South Carolina and sharing a bathroom with her was a challenge as cleanliness and hygiene were seriously lacking from her vocabulary.

I then found myself in Tlaquepaque ( a suburb of Guadalajara) sharing a house with a parade of other teachers when I taught at a language institute that first semester. Maureen was in her 60’s, an alcoholic and we always feared we’d find her at the foot of the stairs one morning with a broken neck. Adam  was an interesting young man from Ireland who unfortunately wound up in jail here and was subsequently fired by the school. Miriam was from Norway, and she still divides her time between the two countries as her boyfriend is Mexican. I always look forward to spending time with her when she is in Mexico. Alfredo was from California and has become a good friend. If you ever need a suitcase packed in a hurry, he is definitely your man!

The next semester began and new housemates arrived. Alan was a young man from Ireland who moonlighted as a dj at a bar. Sharn was from Australia and wound up moving in with a Mexican boyfriend. Brandon was from Wisconsin and we still keep in touch today. He is an avid reader and works in a library back in his hometown.

I returned to Tlaquepaque in the fall after spending several months back in Winnipeg. This time I moved into a house located on Zalatitan that I shared with four others.

Only one of the others was a teacher and that was a former housemate, Adam from Ireland. Lennart was from Sweden and was traveling and learning Spanish. We still keep in touch on Facebook. Joe came from Hawaii and was volunteering his time down here. Joe returned to Guadalajara a while ago and we got together for lunch one day.  Manuel was a Mexican whose family remained in Mexico City although he was working in nearby Tonala, another suburb. When Lennart moved out, Kate moved in. She was a teacher from California. Although she only lived here for a month, we became great friends. I visited her in Puerto Vallarta last spring, and she is now teaching in Colombia.

When Kate moved out, Angela moved in. She was very young, right out of high school in England, and wound up teaching English here. Totally ignorant of grammar, she was unable to differentiate between gerunds and the present continuous tense, confusing her students immensely. Annie was from Oregon and was here for about three weeks. Very young and immature, she drank heavily, passed out in a friend’s car one night and  had to be revived in a shower at another friend’s house.

I returned to Tlaquepaque via the Baja Norte and Culiacan in November, after spending several months in Winnipeg again. I came home to the house on Zalatitan to find two housemates. Omar was an English teacher from Oregon. We became great friends and I recently went to Tototlan to visit him after he moved away. Stephen was from B.C. and we have known each other for a couple of years now as he comes here to study Spanish for several months of the year. Sean arrived from Colorado and introduced me to the world of blogging on WordPress. Sean and Omar were notorious for blasting a variety of music through the speakers in the living room, and it became all too quiet when they both moved out. Here is a pic taken at Christmas when we all prepared a sumptuous meal together.

Roos spent a month here learning Spanish. She came from the Netherlands and decided to stay in Guadalajara, but moved to another area of the city. Srinath and Michelle came from Montreal for a few days, as did Andres from California. Yves from France was here for two nights. And then Oliver arrived. He was an Asian who had lived in Calgary for three years after leaving China. He gets the award for the strangest person I have ever met in my life, as well as the most despicable. And when it came to the bathroom, he was even worse than Elizabeth in Irapuato had been! The landlord actually had him move to another area of the house so that I would no longer have to share a bathroom with him, and we all breathed a sigh of relief when he left.

At the moment I have only one housemate. Ben is from Ohio and his passion lies in playing poker on the internet. I enjoy having him around and have long forgiven him for using my warm vanilla sugar body wash when he first arrived.

Despite the odd difficult housemate, overall it’s been a fantastic experience. I have met people from all over the world; from different cultures, religions and backgrounds. They often speak other languages and always have many interesting stories to share.

This lifestyle has also provided me with an education one simply cannot get living a traditional (what some people call “normal”)  lifestyle as I did for the first half century of my life.

I enjoy a freedom and independence unlike any I have ever known, and I look forward to many more housemates in the future, wherever in the world I may choose to live. 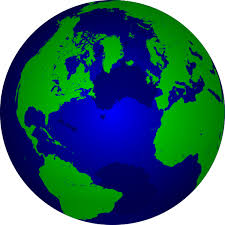