Do you think about dying? I used to think about it a lot at certain times in my life. As a child, death was always portrayed to me as a horrific experience, especially by my mother. Death was not a subject to be discussed with children. There was never a mention of heaven or of someone being at rest after suffering a prolonged illness. Instead all was centered around grieving endlessly with tears and unhappiness, and the idea that the world had come to an end because someone had died. I was traumatized by these images. 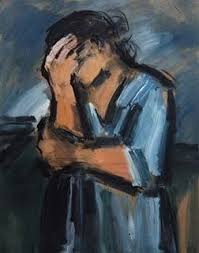 I was a baby when my grandfather died. All I recall is that my grandmother stayed in this big house after he died, and she rented out rooms to people. Part of the reasoning may have been financial, but I think she enjoyed the company of having others around. I was eight when she passed away, and was extremely upset when I was not allowed to attend the funeral.

My other grandfather died the day of my piano exam and the day before my ballet exam. I was eleven at the time. Again, arrangements were made so that I took the exams and did not attend the funeral. When I was thirteen my favorite uncle died. After much debate, I was allowed to attend that funeral.

When I had children of my own, I handled death very differently. I talked to my children and read books to them. Whenever possible, I took them to the hospital for visits, and I allowed them to come to the cemetery and to attend funerals at a very young age. I handled their curiosity with openness, and I firmly believe that this is a much healthier approach than the one my own parents used.

Death is part of life. It is inevitable. That I accepted readily as a child. But my perception was that when people died, it was devastating for those left behind. I never really thought much about what came next for the deceased.

In actuality I never really feared death until a couple of years ago when I was terrified that my life was about to come to an end. I finally consented to knee replacement surgery, the same surgery that had taken my mother’s life eighteen years ago. I was convinced that the end was near. I redrafted my will. I prepared special letters for my children and placed them carefully in envelopes along with copies of Robert Munsch’s book, Love You Forever. And the night before the surgery I emailed my obituary to my children. 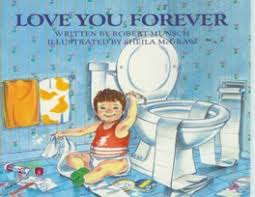 I was absolutely amazed when I survived that surgery. And a year later I had the other knee done as well. So was all that anxiety and fear of death unnecessary and for naught?

I now give a great deal of thought as to what comes after death. Is there a heaven? Is there a hell? Who is waiting for me in the afterlife? I’m divorced. Before the divorce I always thought my husband would be there if he went first. Now I hope he won’t be there.

I like to think that I will see my parents again. That is a comforting thought. I haven’t seen my father in almost thirty-eight years. He never knew his grandchildren. But I am glad that both of my parents were gone when I got divorced. Yes it would have been nice to have some family around to support me, but I also think that they would have been very upset about the situation. After all, divorce is also a death- the death of a relationship.