This morning as I was preparing my breakfast potatoes a million memories flashed through my brain and all of these are associated with this delicious root vegetable.

Until I was three, my family lived with my grandparents in a house in the infamous north end of Winnipeg. And only steps away on Main Street was a restaurant called Kelekis. This was home to the most awesome shoestring fries (at that time they were known as “chips”) and the takeout window was one of my favorite places. When we moved to the south end of the city, Kelekis was always a pit stop for a snack for the long drive home. 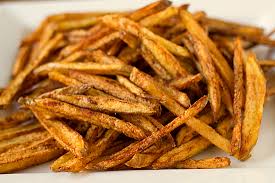 The years went by and fast food chains such as McDonalds soon invaded with their version of french fries (the term “chips” was now designated to the dried crispy potatoes sold in packages in grocery stores).

Juniors was a hamburger stand across from the train station further south on Main Street. Their fries were awesome as well. One of their biggest fans was my dog Koal. He would often eagerly wolf down this tantalizing treat.

Sadly Kelekis is no more but Juniors is still there although it has been known as VJ’s for several years now.  And it is always on my itinerary when I return to Winnipeg for a visit.

Of course there is more to potatoes than the french fried version. Acropolis Restaurant in Winnipeg was where I first tasted the Greek style lemon potatoes. Through the years I have enjoyed these potatoes in numerous Greek restaurants but those first ones will always be the special ones to me. 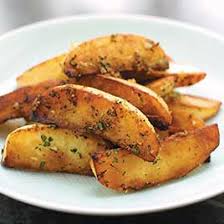 Then baked potato soup came into my life via Tony Roma’s in Winnipeg. This gave the simple side dish of loaded baked potatoes an entirely new meaning. Somehow having that creamy potato soup adorned with chopped green onions and bacon easily became a favorite, especially with the climate in Manitoba.

Baked sweet potatoes were featured on the menu at Outback in the USA, and I was hooked. I even began to cook these in my own kitchen at home complete with the butter and cinnamon.

And then sweet potato fries became all the rage. These became quite common on many restaurant menus, and were found in the frozen sections of grocery stores. 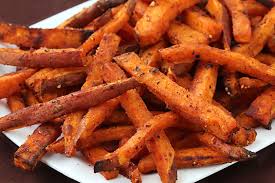 But my absolute favorite potato is the sweet potato dish my daughter whips up on holidays. And now that she lives in Ontario, it has been years since I have eaten her sweet potatoes, although I have often attempted to duplicate hers over the years. Alas mine are not nearly as creamy, light or tasty. The last time I made these was a year ago when I was in Winnipeg.

I can’t believe that a year has flown by since I cooked that last Thanksgiving dinner in Winnipeg. Kyle and Krista came over for dinner, and of course my son accused me of preparing far too much food. Guilty as charged but the only way I know how to cook. The menu was turkey, stuffing, sweet potatoes, veggies, cole slaw, jello mold and homemade rosemary bread. Dessert was pumpkin pie, apple pie and three types of dainties.  Yes…..dinner for three! 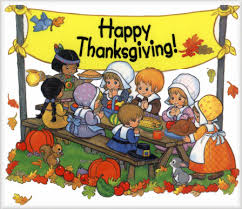