I have faced a few challenges this past year. And four of them have something in common. They all begin with the letter “I”.

First came INM. Mounds of paperwork and unnecessary photocopies, redundant photos and fingerprints, and several visits to Migracion here in Guadalajara as well as a visit to the Mexican Consulate in McAllen, Texas. 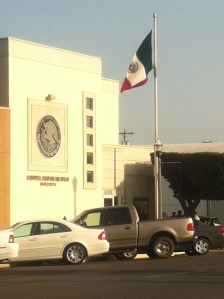 Several months later, I was the proud recipient of a residente temporal tarjeta. But that was only the beginning!

Next it was time to apply for health insurance. What? That long complicated number on the tarjeta is not my CURP number? I need another number? Of course! More photocopies and photos! And then I magically receive this number on the internet days later.

On to IMSS. CURP number, documents translated from English into Spanish, photocopies, photos, malfunctioning computers in government offices…….. I think that about covers it. 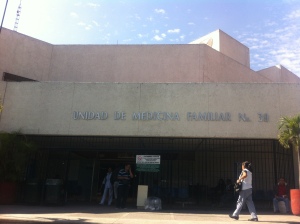 If you want to read more about these experiences, check some of my past blog posts. The “It’s Complicated” series address the health insurance issue. “Finally” deals with the visa process.

In Mexico you can apply for an INAPAM card when you reach the age of sixty. This card entitles you to a variety of discounts, the main one being transportation for me. And they even gave me a new name on this card! And it has a lovely (not) photo of me as well as a fingerprint. By the way Kyle, your name and phone number appear on this card as an emergency contact. Please don’t change your number. I don’t want to go through this ordeal again either anytime soon. Too much paperwork and translated documentation. Oh, and thank you for being my number one son!

The fourth hurdle is the IRS in the USA. I have published two books with an American company. But I am a Canadian, a foreign author. Changes in legislation necessitate that I apply for a tax number or my publisher will withhold a ridiculously high percentage of royalties. A nuisance, but no problem. The form is completed and then submitted.

Weeks later I receive a letter informing me that they require additional information confirming my identity as a Canadian citizen. The two pieces of identification must contain photos. And they request original documents. No photocopies for this country. And the documents are my passport and my driver’s license.

So here I am living in Guadalajara and they expect me to forward these original documents to them. Anyone who lives in Mexico will clearly understand how ludicrous an idea this is!