The other day I was talking with a friend and somehow the topic of airports came up. We compared experiences and horror stories. He commented that I’d flown in and out of a lot more airports than he had.

Later on I thought some more and decided to list all the airports. So here goes.

Grand total is fifty-one. And I haven’t even gone to Europe!

Airports have changed over the years. Many are now like small cities and have multiple terminals and trains connecting them. Dallas-Fort Worth even has its own zip code.

Traveling has definitely become more complicated since 9/11 and is even more so now with the additional challenge of COVID-19. I don’t envy the staff at TSA. And then throw in my knee replacements that always set off the metal detectors and require the body scanners.

Yes, I remember when I actually used to enjoy traveling by air. Not anymore. I now travel by air only because I have to. 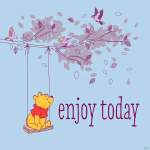 It’s the middle of May already. Despite the fact that I’ve been primarily self-isolating for over two months now, time is going by quickly.

I’ve always loved learning. Now I have the opportunity to delve into areas of knowledge I had no time for in the past.

A course I’m taking from Berkeley on EdX deals with the science of happiness. Today’s topic was forgiveness, forgiving ourselves as well as others. The health benefits of practicing forgiveness are phenomenal. It is encouraging that it is never too late to learn to forgive. Holding grudges and exacting revenge are definitely detriments to experiencing happiness.

Another course I’m taking on Coursera is offered by University of Edinburgh and deals with how to become more active and less sedentary. Because I’m self-isolating I am not nearly as active as I was. So setting new fitness goals to improve my lifestyle is quite important to me now.

Yesterday marked my final visit to Immigration. The extension of my FMM had been processed and I returned home with my renewed visa. I am now once again living legally in Mexico and am grateful that this country has allowed me to remain here at this time.

WestJet announced that international flights to Canada will not resume until at least July. The American airlines are flying to the USA but the borders are still closed to foreigners. I have an additional 180 days thanks to my new visa. Maybe in July I’ll figure out what comes next.